Wondering what medieval castle to visit in Europe? When in Serbia, the Golubac fortress is the European castle that is really worth your time and attention. Located in gorgeous Djerdap gorge, the Iron Gate of Danube, the Golubac fortress holds an important strategic position on the very spot where this river is so wide that you really ask yourself whether it is a river or a sea. 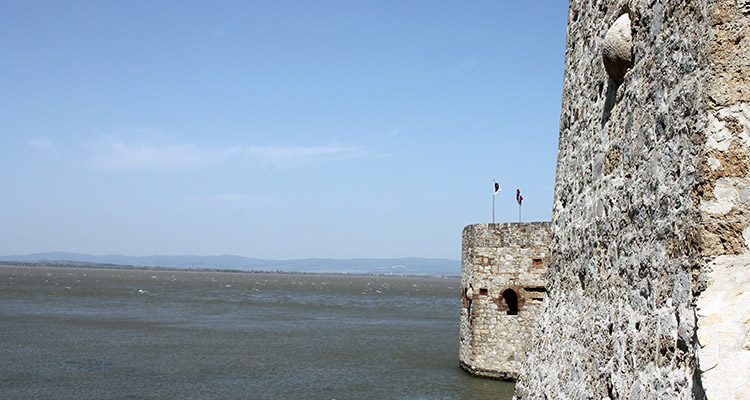 This is the place where the history meets the present and tells stories of many battles. The Golubac castle is the place where Serbs, Turks, Austrians, and Hungarians waged wars, where warriors shouted battle cries and the place that holds many secrets for you to discover.

The renovation of the 14th century Golubac fortress was finished in March 2019. Now you can see this medieval castle in all of its beauty. 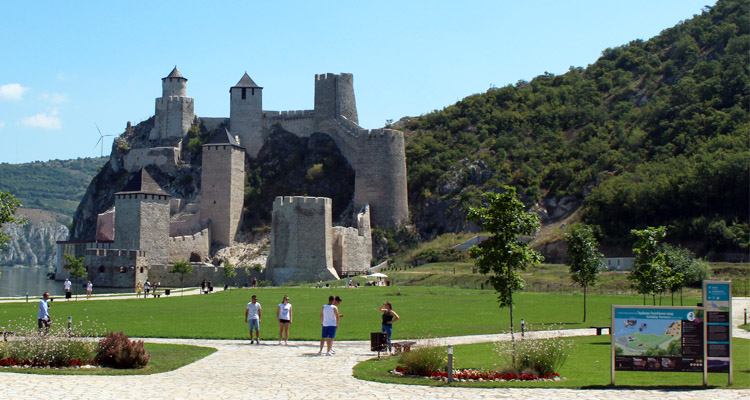 The secret behind the name of the Golubac fortress

But how did this castle earn its name? There are several stories about this matter.

The first legend tells us a story of unrequited love. Turkish commander of the city fell in love with a beautiful girl called Golubana. She refused to join his harem and for that she was severely punished. She was tied to a rock in the river until she repent. Golubana died on the rock today known as “Baba-kaj” (repent) which still stands in the middle of Danube river.

The second legend is of Byzantine princess Jelena (Irene Kantakouzene), the wife of despot Djuradj Branković. She tried to drive away from her sadness and loneliness by keeping pigeons. Since people didn’t love her, pigeons were her only friends and she told them about how sad and lonely she was in a foreign land and about the pain she felt while longing for her home.

Finally, there is a simpler answer to how the Golubac fortress got its name. Actually, it is because the towers are shaped like a pigeon’s nest.

Initially, there were only nine towers, but when the Turks conquered the castle, in order to strengthen their position, they built one more. The “Hat tower” is the oldest one. It has an octagonal base (all of the other towers are squarely based) and a cylindrical top. It served as a citadel. 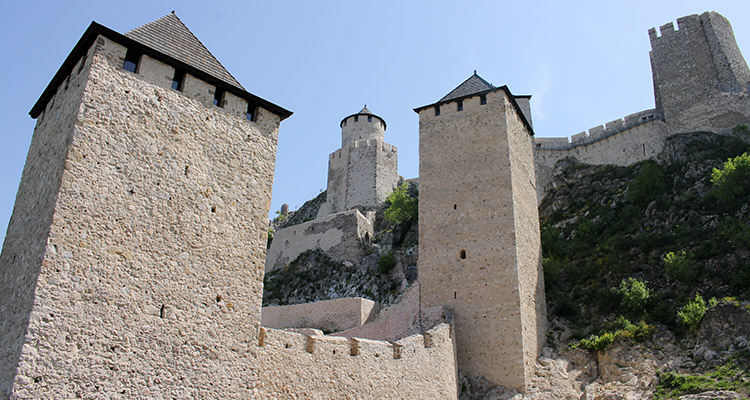 History of the Golubac fortress

The history of the Golubac Fortress is a rather turbulent one. Before this medieval castle was built, a Roman settlement was located there. Through the Middle Ages, it was the place where many battles between Turks, Bulgarians, Hungarians, Serbs, and Austrians were fought.

During this period, the Golubac castle successfully repulsed more than 120 attacks and sieges.

The fortress became very important in the middle of the 14th century after the Ottoman power had risen on the east.

Its localisation –  at the head of the Iron Gate gorge, and a fact that it was a final military outpost on the Danube river, allowed easy control over the river traffic and made the Golubac fortress the first line of defense between Hungary and the Ottoman Empire. 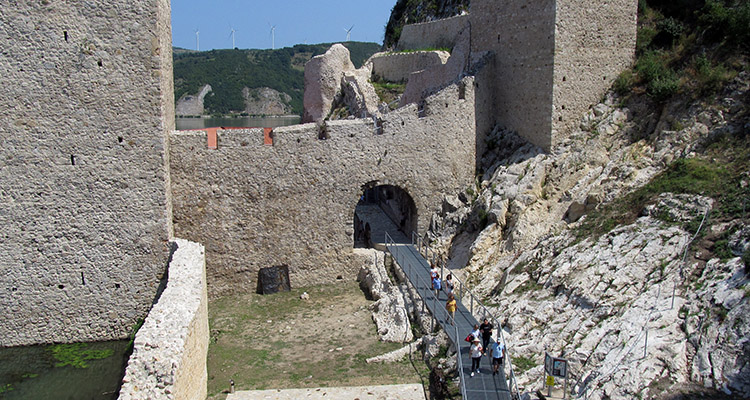 After the Battle of Kosovo in 1389, Turks took over the Golubac castle from Serbs. Only two years later, in 1391 the fortress fell into the hands of the Hungarians. Just few months later, Ottomans won it back.

Around 1403 this medieval castle fell in Hungarian hands again, and Sigismund, the king of Hungary, gave Golubac to Stefan Lazarevic, the despot of Serbia, as a present for an alliance. After Stefan died, his nephew and successor, George Brankovic, was meant to become the new lord of the castle. But duke Jeremija, commander of the fortress, asked for 12.000 ducats to forfeit Golubac. Hungarians refused to pay and the castle was handed to Turks.

The Turks began looting the border areas of Hungary. Because of this, Sigmund ordered building of 14 new fortifications between Belgrade and Turnu Severin, to defend the territory.

Over the next centuries, ruling over the Golubac fortress was swinging back and forth between the Hungarians and the Ottomans. Finally, in 1867, Golubac was handed to Mihajlo Obrenović III, the Prince of Serbia. After that it lost all of its strategic power.

Today, the fortress is one of the most popular tourist attractions in Serbia. You can experience it in our tour to Iron Gate gorge.

Planning to visit this castle? Surely you are interested in how the Golubac fortress is organized. It consists of three main compounds with nine towers to look over them.

Citadel and Serbian orthodox church gracefully stand on the top of the upper compound. The rear compound is located behind the citadel and the church. It is separated by tall walls and holds buildings that were once used as an armory.

In the front compound, there are five towers to defend the fortress from the riverside and a network of paths, walls, and ditches.

The whole Golubac fortress was subjected to reconstruction from 2014 to 2019 and all the years of neglect of this important historical place were repaired. This is why this is the right time to visit and experience the Golubac fortress. Come and enjoy in your medieval adventure. 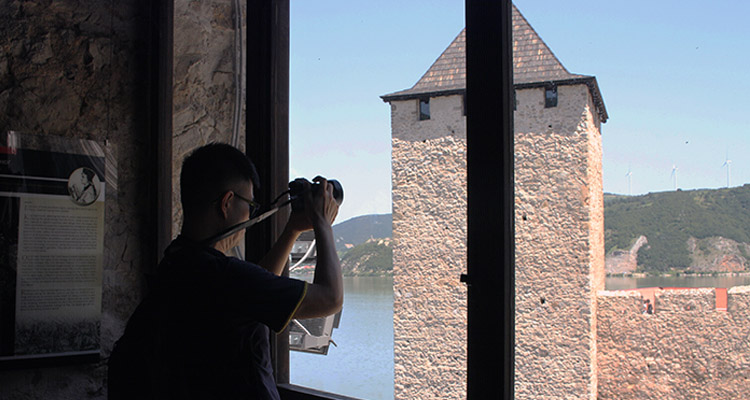 -Fortress is closed on Mondays.

-All information about ticket prices you can find here.

-There is no public transportation to the site, so there are two options for getting to Golubac fortress: