Bronze portraits of King Alexander I Karađorđević (known as the Unifier of Serbs, Croats and Slovenes) and Queen Maria were created in 1922, but until now it was not known that those sculptures even exist. Portraits were hidden for decades in the basement of the family home of certain man from Niš, whose great-grandfather was a member of the famous Iron Regiment. He participated in the Balkan Wars and the World War I, after that he was in unit for the protection of King Alexander in Belgrade. In that period, he received those portraits from his major to take care. After returning to his home village, he continued to hold busts despite the risk of being persecuted from communists and later he committed heirs to do the same. Bronze portraits are the work of Rudolf Valdec, who was one of the three best portraitists in the Kingdom of Yugoslavia. In 1922 Valdec created a bronze plaque also with figures of the royal couple on occasion of their wedding. It is supposed that busts are planned as wedding gift to young spouses. 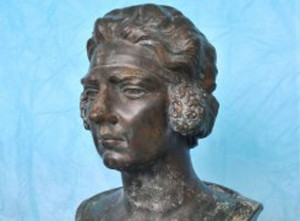 Anonymous from Niš decided that a well-guarded family secret should be published to Serbian public, symbolically in the year when is the 100th anniversary of beginning of World War I. Those great portrait sculptures could be seen as premiere in Niš on May 17 at the Museum Night. 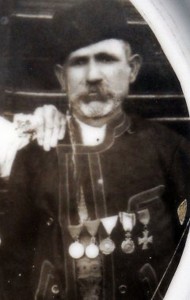